CLICK HERE TO READ MY LATEST POEM
Posted by Louise Halvardsson at 21:57 No comments:

A Writer Needs to Learn to be Alone 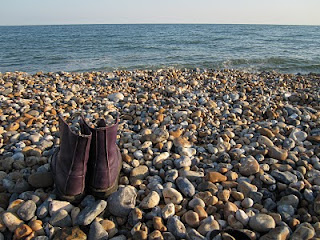 When I did the creative writing course at "Jakan" in Stockholm we did a field trip to Norstedts - one of Sweden's biggest publishing companies. What I remember the most is that the editor who showed us around said that in order to become a writer you need to learn to be alone.

When I was younger being alone was my natural state. (In my early teens I didn't have many friends and spent my time afternoons and evenings doing homework, reading and writing.) I was also alone when I first moved to Stockholm and when I first moved to Brighton and when I lived in Thailand and New Zealand. Durings these spells of loneliness I started or worked intensly on novels.

As I got older and more confident I made more friends, and nowadays I have to force myself to be alone. Brighton is a very sociable place and is great for sparking off your imagination. Brighton is also a great distraction.

This week I did a bit of an experiment. I made squares in my diary when I had time off and put "Lou" in the squares to remind me that this week I'm going to spend time with myself. It proved succesful.

First I had itchy fingers and wanted to text everybody in my address book and suggest beers and on the beach. Then I realised that I'm fully capable of having a beer on the beach on my own. Because it's in my own company, when I create reflection time for myself that I come up with ideas and feel creative. I love sitting on the beach or in a cafe with my notebook and write down random thoughts and allow myself to let my mind wander. Then I go home and transfer some of my thoughts to the computer, seeing if anything could make it into a short story.

Sometimes my scheduled writing time in the morning before I go to the library is not enough. To come up with new ideas I often need evenings and weekend to float about in. The mornings are great for getting on with things, a bit like an office job: right today I'm going to work on this story kind of thing. Whereas evenings and weekends are better for coming up with free ideas and do some wild writing. I have to remind myself not to fill every evening and every weekend with other people. I need to re-learn to be alone.* 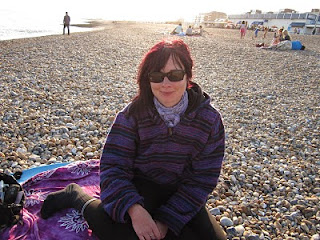 *A lot of people who are alone watch TV or do housework. TIP: throw out the TV, ignore the dirt and be creative instead!
Posted by Louise Halvardsson at 22:45 1 comment:

My debut as a film actress ...

Video made by Tim Pieraccini , based on the poem "If" by Yahia Lababidi.


I really like the idea of making videos for poems. It shoudn't be reserved for music!
Posted by Louise Halvardsson at 22:35 No comments:

My Weekend in Pictures 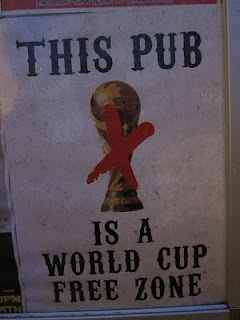 Caroline of Brunswick was one of the few pubs where you could escape the football Friday ... 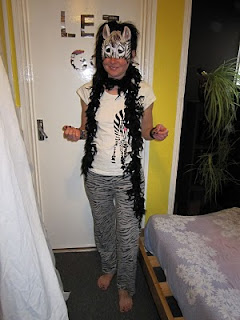 Saturday night and ready to go to the Are you sitting comfortably? Pyjama Party event (more pics below) 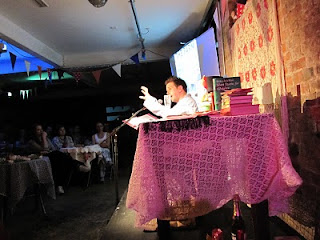 The actor Gareth Brierly is reading my story Relax Johnny-Boy, have some fun! 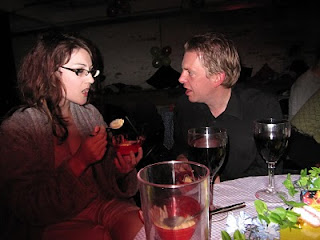 Kate and James are enjoying the midnight ice-cream feast. Apart from short story-readings there were also short films, games like pass the parcel and a price for the person who wrote down the best nightly dream. 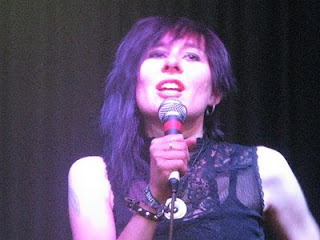 Photo: Jeff Sheppard. On Sunday I performed at the brilliant event Everybody's Got To Be Somewhere (curated by Ben Graham) at the Prince Albert pub. To my surprise there was another Swedish poet: Andreas Grant. Sunday evening and chilling out on the beach with my friend Mattias Kalander (a composer from North of Sweden) who spent the weekend with me. I met Mattias eleven years ago. On the internet. This was the first time we met in real life!
Posted by Louise Halvardsson at 16:51 No comments:

Three authors from Myriad Editions of Hove will read from their debut novels followed by a Q&A. The focus is on how they create suspense in their novels, and the importance of setting.

Where? Hove Library, Childrens Area
When? Thursday 17 June, doors 6.30pm for 7pm start
How? Free! But turn up early to avoid disappointment
Posted by Louise Halvardsson at 09:04 No comments: 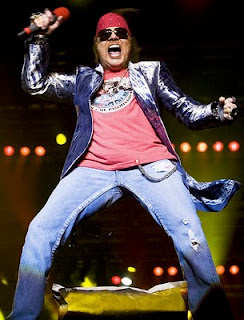 I first heard Guns N' Roses when I was 11, back in 1993. A guy in my class at school played Paradise City at a music lesson and it changed my life. The simple refrain "Take me down to the paradise city
where the grass is green and the girls are pretty"
stirred something inside me. I started dreaming of a better life, of getting away from my small town and find my own Paradise City. And I did find it years later. In Brighton.

When W. Axl Rose got on stage last night at Sweden Rock Festival I was exstatic, and when he sat down at the piano playing November Rain I was almost in tears. It didn't matter that he was 50 min late, arriving in a helicopter. I could forgive Axl for anything at that moment ... Waiting in the cold June rain was worth it!

For the past few years I haven't listened that much to GN'R, but being at the concert brought back so many memories. I have memories to every single song. (Even the new ones, as Chinese Democracy was my soundtrack when I travelled in New Zealand.)

There's so much energy, so much attitude, so many feelings ... I still love Axl Rose!

PS. I also got the title for my Swedish novel from Guns N'Roses as somebody once described their music as "punk industrial hard rock with attitude" 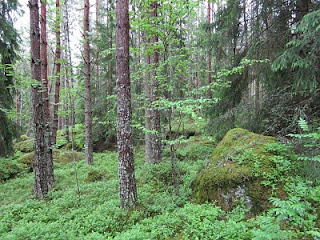 I can't believe that I've been in my hometown, Nässjö, for a week now. I thought I would have loads of time to write and read and walk. But I've ended up being very sociable catching up with family and friends.

Something that is a bit annoying though is that you can't even go out for a drink. There are no pubs in Nässjö. English people might think it's a joke, but it's true. The only pub there was has been closed for renovation for more than six months! So me and my friend had to go to the hotel bar that closed at 10.30pm and was empty apart from a few businessmen staying at the hotel ...

On the bright side though there's a yearly poetry festival in Nässjö. I've always missed it as I live in Brighton, and when I still lived here I was too young to appreciate poetry. Yesterday I saw some readings from some of Sweden's finest poets and there was also a brilliant poetry slam to finish the evening off.

Another bright thing is that my short story, Relax Johnny Boy, have some fun!, was accepted for the Are you sitting comfortably? Pyjama Party in the Brighton Basement next Saturday, 19 June. I was also happy to find out that one of James Burt's stories was accepted as well. 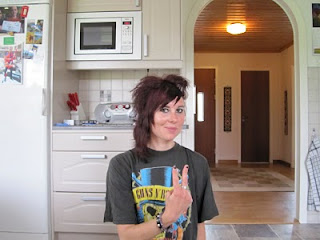 Today me and my brother are off to a festival outside Sölvesborg called Sweden Rock. Mainly to see my old hero W. Axl Rose ... Catch you later!
Posted by Louise Halvardsson at 09:42 2 comments: