Glasshopper: Growing up in Fiction 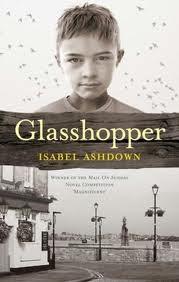 On Thursday Isabel Ashdown guested Hove Library to talk about her debut novel Glasshopper at an event called "Growing Up in Fiction". I first heard Isabel speak at the Chichester Writing Festival and was intrigued by how her novel came to be a novel. It all started with a short story competition for the Mail on Sunday. Isabel submitted her story, and forgot all about it. A year later she gets a phone call and is told that she's the winner of the competition! It's the kind of phone call all writers are waiting for ...

Isabel, who discussed her writing process with literary agent Adrian Weston, told the audience that Glasshopper in fact contains several chapters that were orginally written as short stories. Perhaps that's why the novel is so good, because when you write short stories you have to be more precise in your writing. The novel follows Jake who grows up in Portsmouth in the 80s, and parallell to his story the novel follow his mum Mary growing up in Hove in the 60s. Interestingly enough Jake first started off as a girl and Mary started off as a dad instead of a mum ...

What I love best about Glasshopper are the family secrets bubbling under the suface, and the ending is brilliant. To me it's the perfect twist, both believable and shocking. Isabel revealed that she didn't have much of a plan when she started off, the ending came as a surprise to herself about half-way into the writing.

Tom Connolly, author of The Spider Truces, was also supposed to be at the event, but sadly had to cancel at the last minute. Instead Adrian Weston read an extract from The Spider Truces, another novel that deals with growing up in the 80s. Both Tom Connolly and Isabel Ashdown are published by Myriad Editions, and Isabel has a second novel secured with them, to be published this summer. It's called Hurry up and Wait. I can't wait!
Posted by Louise Halvardsson at 16:02 No comments: 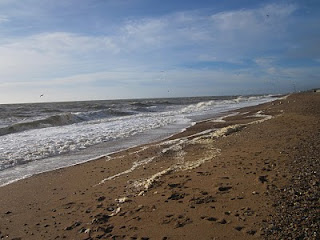 Better late than never ... My short story, A Day in Her Honour, is going to be published in Stand Magazine in 2013.

I was inspired to write the story after my grandma died. I was on special discretionary leave, and tried to spend my day in her honour, but it didn't quite work out that way. Especially not in the story I wrote. It became a story in the honour of a fictional mum instead ... I'm very pleased that it's going to be published!
Posted by Louise Halvardsson at 12:12 2 comments:

How many drafts must a woman write ... before she throws herself off the pier? 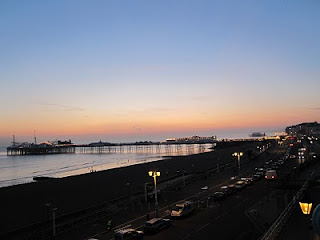 I read an interview view Susan Hill in the latest issue of Mslexia. She only ever does one draft of a novel. She goes back to correct, check and edit, but she never rewrites.

I'm totally the opposite, at least when it comes to REPLACING ANGEL, the novel I've been working on since October 2007. My first draft was just a mess of words, me spewing out what I wanted to say. In the second draft I tried to make sense of what I wanted to say, in the third draft I tried to find some kind of plot ... The fourth and fifth drafts were about defining the characters and their motivations. And the sixth draft which I completed a couple of days ago was all about ...

Cutting. 104 000 words became 84 000 words. So you might think that I've spent two intense week in Novelland just deleting words ... but it's not that easy. Cutting also means restructuring, and even adding scenes to make sense of the story. I'm happy with it now, and I'm hoping that I won't have to make more than 8 drafts! There's some interest from an agent, and he was the one who pointed out that the first third of the novel was too slow, hence the cutting ...

What I'm working on right now is the title. REPLACING ANGEL has too many associations to fantasy, Buffy the Vampire etc. As it's more of a gritty realism book I need to find something more appropriate.
Posted by Louise Halvardsson at 21:09 No comments: 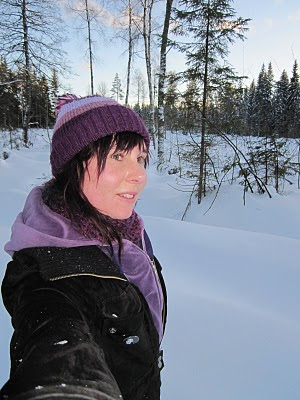 I had a good start to the year. I spent a week writing in my parents basement, only leaving the house once a day for my daily walk in the forest. The only people I spoke to were my family at meal times. I created time and space to immerse myself in the revision of REPLACING ANGEL.

Once I started the words fell into place. The hardest thing is always to start; I felt very anxious over Christmas, worrying that I would never be able to write again ... But it really helped to follow the Kaizen-method that I blogged about earlier. Just using five minutes a day to brain-storm around my novel, set me up for a good start.

At the winter solstice I asked a friend to randomly pull a card (similar to angel/oracle cards) for me, and the word I got was introvertedness. It felt very appropriate at the time as I had a very extroverted autumn, going out a lot, avoiding myself and my writing. I've been complaining that I haven't had time and space to write as much as I want to, but it's all about making time.

My intentions for 2011 is to spend more quality time with myself and stay in more. Relax. Eat slowly. Drink slowly. Take care of myself. Then I'll go out and have some fun. 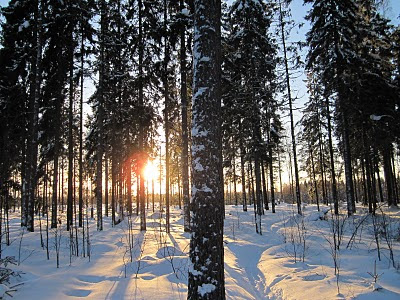 Posted by Louise Halvardsson at 16:43 No comments: