My Novel in November 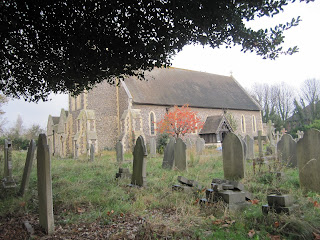 No, I'm not taking part in NaNoWriMo. But I do have about 50 000 words on my new novel project. If you've read my previous posts here and here you know that each month I'm aiming for 10 000 words that move the story forward and aren't just general rambling.

I haven't yet decided how much back-story/back-flashes I'm going to use and if there's going to be more than one narrative. It could be quite a straightforward or quite an experimental story depending on which route I take, and I suspect that like my previous two novels this one will also fall somewhere between the Adult and Young Adult genre.

The voice is also something I need to think about. I know whose story it is, but am not sure to whom she's telling it and why.
Posted by Louise Halvardsson at 12:05 No comments:

I live 3 Miles from Love 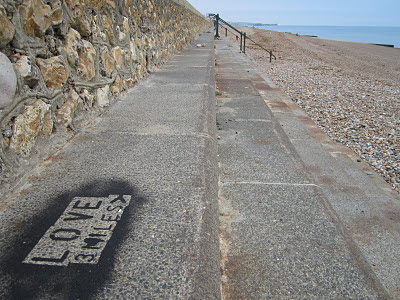 Yesterday I went to the Catalyst Club at the Latest Bar in Brighton. One of the speakers was James Burt who did a brilliant talk on psychogeography and his experience of strange occurrences in Brighton.

Not far from where I live in Hove, about 3 miles from Brighton, I spotted this painted sign.
Posted by Louise Halvardsson at 23:04 No comments: 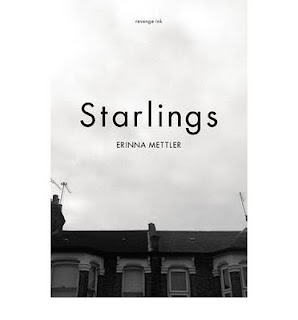 A few weeks ago I went to the launch party for Erinna Mettler's debut novel Starlings. I started reading the book on the bus on my way home and missed two stops!

The writing is brilliant, full of quirky detail and a dark sense of humour (read the Snip-chapter and you'll see).

Starlings is quite an unusual novel as it is a novel made up of short stories where the same characters appear, disappear and reappear. Some of the chapters work as short stories in themselves while other chapters are dependent on the stories previously told.

A very good read and as a bonus the book is set in Brighton taking in the seedy seaside atmosphere.
Posted by Louise Halvardsson at 22:04 No comments:

I won the Hammer & Tongue Poetry Slam in Brighton! 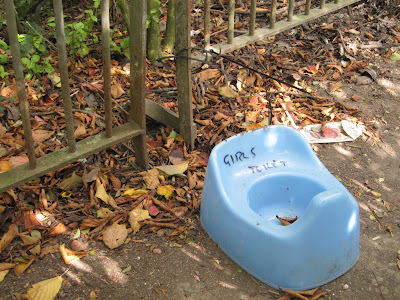 It's been a potty autumn for me ... A potty poetry autumn!
Last night I won my second poetry slam: Hammer & Tongue at Komedia in Brighton,
hosted by Rosy Carrick and Mike Parker.

I wasn't going to go out due to November Rain, but I changed my mind
and jumped on my bike to town to do a poem about trains which you can read here.

Winning the slam means that I'll be in the grand slam final on the 1st of December
battling against all the slam winners of 2011.