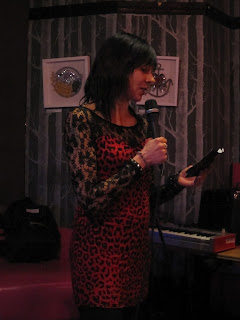 Louise's short fiction has appeared in various publications, both in print and online. Here is a selection:

Lovers of the Planet, published by Spilling Ink Review, 2011

A Girl who Just Wants to Come, published by Ether Books, 2011

I'm from Further North than You, published by Scopitones/Raw Shark/Story Studio, 2012

She has also been invited to read her stories at the following live literature events in Brighton: Ace Stories, Are you sititng comfortably?, Grit Lit, Rattle Tales, Sparks and Story Studio (Short Fuse).